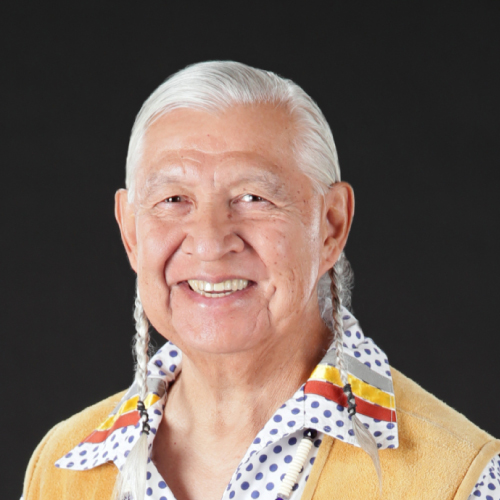 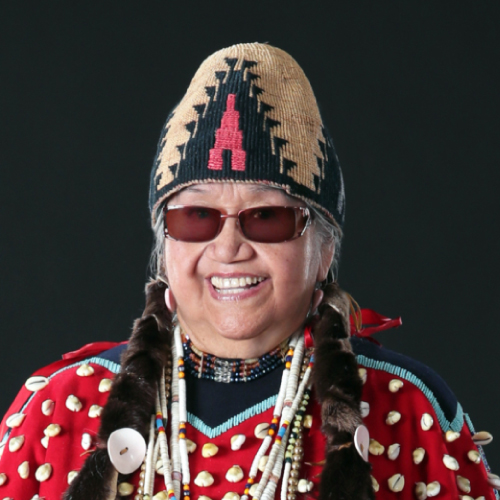 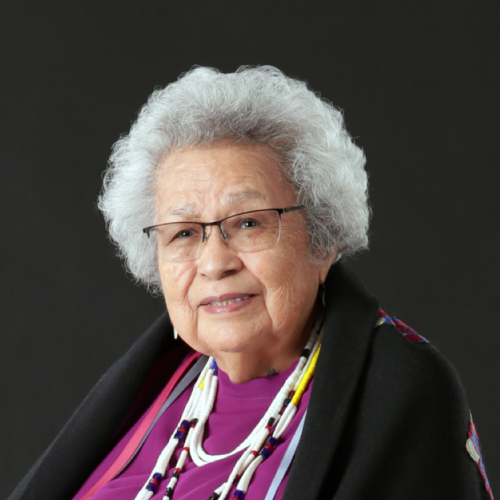 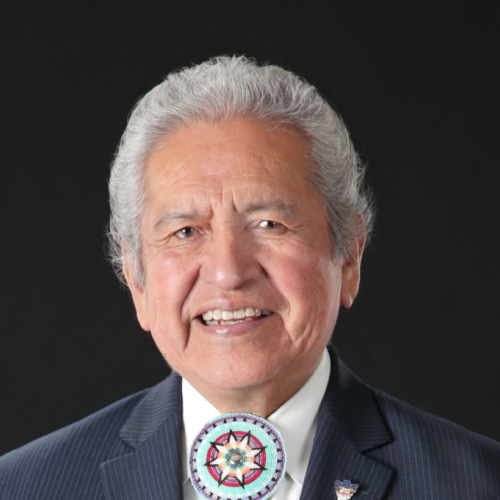 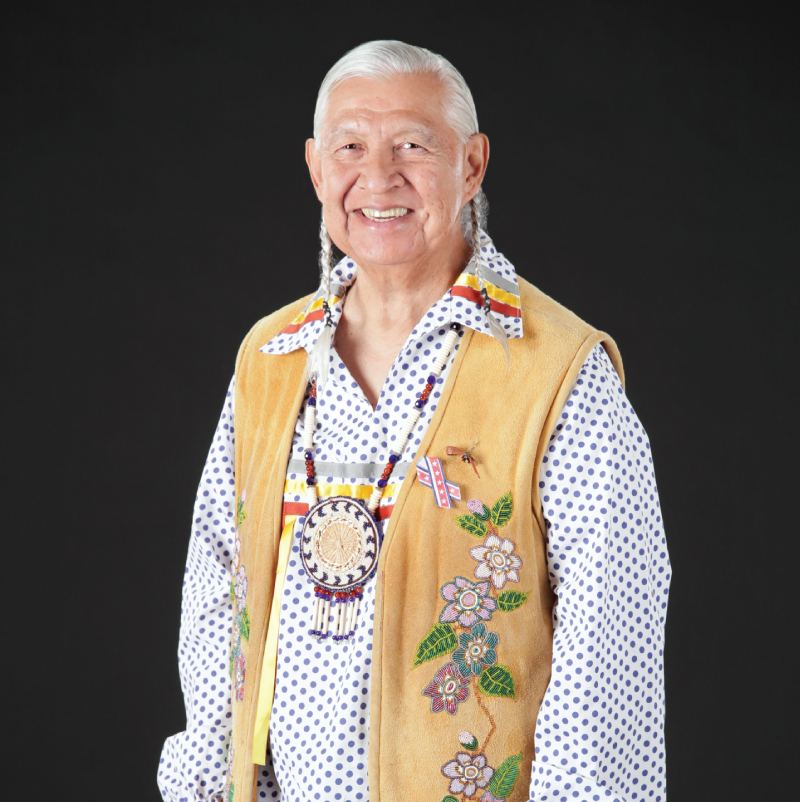 Chimshowa Gil Calac is Paiute from Susanville Indian Rancheria in California. A Bronze Star decorated Vietnam War veteran, he is passionate about helping those whose voices are often unheard. He spent two years working as a case manager for Yakama Nation Behavioral Health Services before moving to Fort Simcoe Job Corp to help at-risk youth. After he retired, Gil turned his attention to advocating for veterans in hospice care. He is a member of the Yakama Warriors, where he led the effort for the Washington State Welcome Home Vietnam Veterans, and is a member of the Yakama Nation Tribal Advisory Board. Gil maintains a deep reverence for traditional values, guiding him in everything he does.

Aiiyuttotonmii Carrie Chapman Schuster is the matriarch of the Snake River Palouse Tribe and a Heritage University alumna. She grew up learning tribal history and culture from family matriarchs in the Confederated Tribes and Bands of the Yakama Nation. She served as a judge in the Yakama Nation’s courts, as the original news director for the Yakama Nation Review, as an educator working with at-risk middle school kids and preschool children, and as a cultural ambassador connecting the Yakama people with tribal communities globally. In everything she does, she works to prepare those she serves to find their place in their community, to be rightful stewards over the land and people, and to respect the generational teachings of those who came before. She credits the patriarchs and matriarchs on the five reservations for all historical information and family teachings. 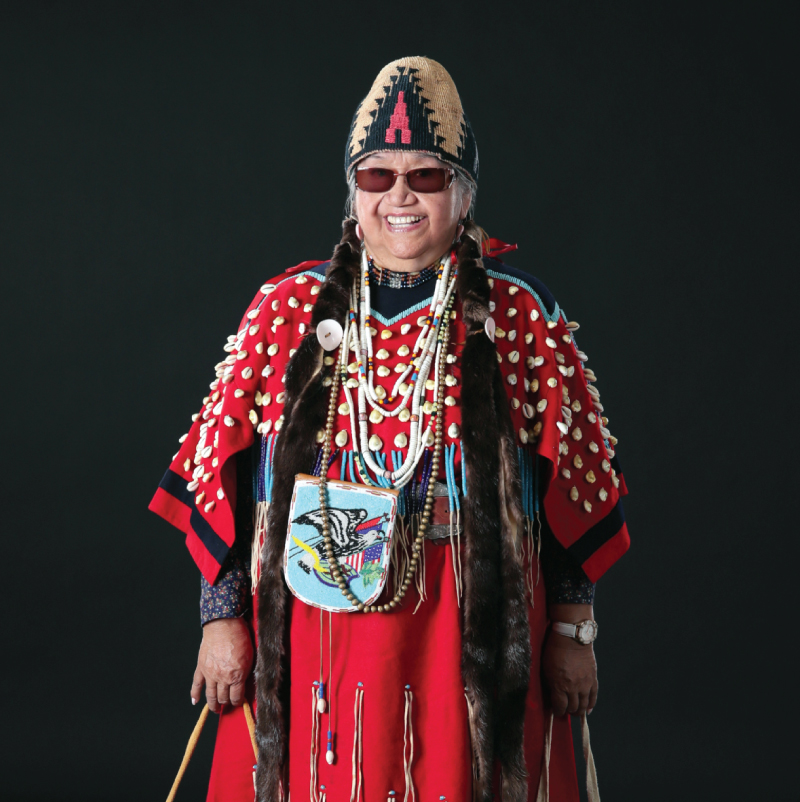 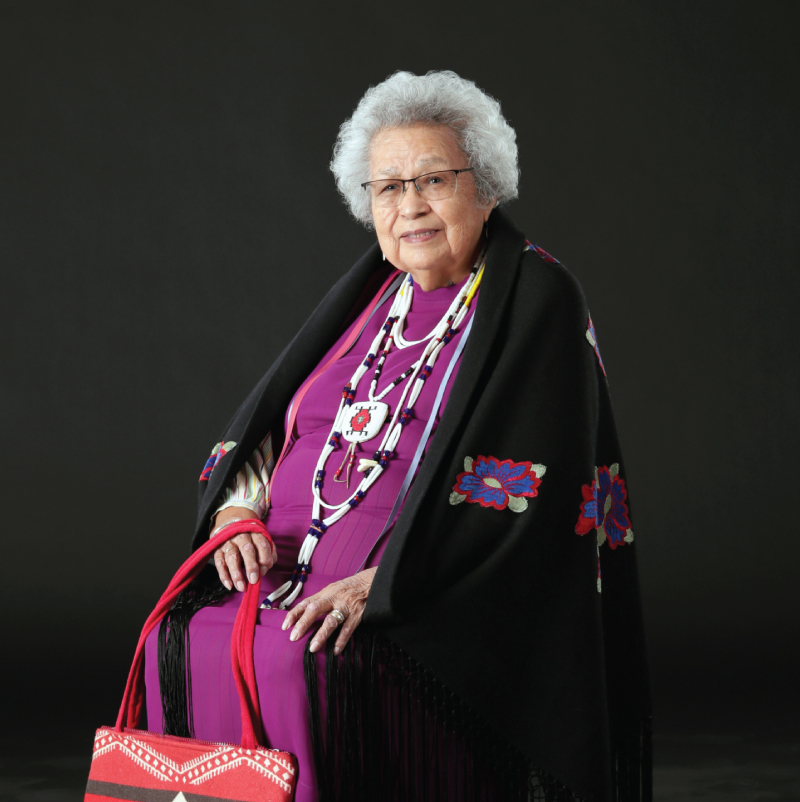 Cawmit Tallullah Pinkham is a full-blooded, enrolled Yakama with a heart for helping those struggling with mental illness, addiction and abuse. She spent 23 years advocating for patients at Indian Health Services, where she met with individuals and families to get to know them on a human level so she could help connect them with the programs and services they needed. She encouraged patients to learn the traditional practices of their culture and family to find connection and purpose in their lives. And, when Cawmit saw the generational destruction that comes from domestic violence and child abuse, she worked behind the scenes through the Native Women’s Association to support the passage of the Indian Child Welfare Act.

Taninsh “Ted” Strong is a 4/4 enrolled Yakama whose life work has helped tribes throughout the United States and indigenous people worldwide strengthen their sovereignty. His lifelong command from elders was, “Fill your heart with compassion and your mind with knowledge.” In the early 1970s, he designed the first computer network linking tribes in Montana, North and South Dakota and Wyoming. Immediately following, he led the restructuring of the Yakama Nation to a centralized administration and financial management system, allowing the tribe to take control of practices formerly run by the Bureau of Indian Affairs. He advocated and fought for treaty rights, salmon recovery, water rights and environmental management at the state and national levels while serving as the executive director of the Columbia River Inter-Tribal Fish Commission. President Clinton appointed Taninsh to the President’s Council on Sustainable Development, where he advocated for social equity, economic vitality, and environmental justice. He counts being Chief Judge for the Yakama Nation as the most challenging yet most rewarding experience of his career. 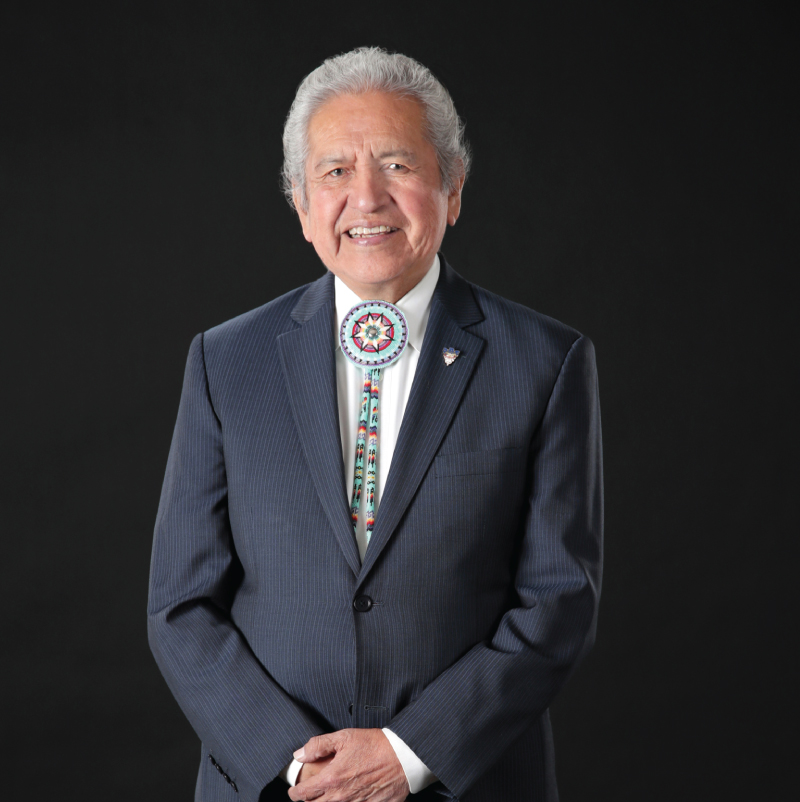